The Next Phase of Leadership & Growth

The elders ask that if you have any questions or concerns about any of the men whose names have been put before the congregation, that you contact them as soon as possible. The elder’s intention is for these men to be appointed to their work as of Sunday, April 7, 2013.

You can hear Sunday’s Sermon on Leadership here. 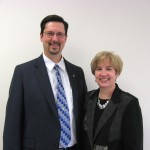 As of this coming June, Deb and Bill will have been married for 32 years. They have two sons, Grayson (26) and Dalton (23), and a new daughter-in-law, Grayson’s wife Katie (24). Bill is the President/Provost of Oklahoma State University Institute of Technology, in Okmulgee. Deb is a Homemaker and is active in the community.

Bill has been a Christian for 38 years. He has served as a deacon in three different congregations of the Lord’s Church (in Texas, Arkansas, and Nebraska) and as an elder at the Norfolk Church of Christ (in Nebraska) for ten years.

Bill also has an extensive education that will be an asset to the eldership. He received his Bachelor of Arts degree in Bible from Harding University in Searcy, Arkansas in 1983. He followed this with a Master of Science degree in educational psychology/counseling from Texas A&M University in College Station in 1985. Finally, he received his Doctor of Education degree in higher education administration from the University of Arkansas in Fayetteville in 1995.Bill is also the author of a motivational/metaphysics book titled “Moments of Forever: Discovering the True Power and Importance of Your Life.”

Concerning the church at Glenpool, Bill wrote, “When Deb and I moved to Oklahoma, we searched for a church home where we could be enriched and edified—Glenpool has been a true blessing to us, in more ways than you will ever know.” 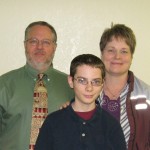 Robert and Marcia have been married 32 years. They have three children: Cameron (23), Tasha (21), and Ian (15). Their son-in-law is Doyle Tuggle. They have two grandchildren: Alex and Oliver Tuggle. Marcia works for Sapulpa Public Schools. She also is co-owner of Hill Chiropractic Clinic in Sapulpa. Robert has been in practice as a Chiropractor for 22 years. Robert enjoys shooting, reloading, and he is also back to biking. About the church at Glenpool, he wrote: “The Glenpool Church of Christ is a great place to worship, full of great people, with a thoughtful Eldership and strong preaching.” 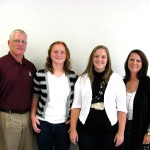 Keith and Nancy have been married for 22 years. They have two children,  Kelsey (20) and Alex (17 on the 29th of March). Nancy is a marketing analyst at Holly Frontier. Keith was baptized into Christ in 1980. He is currently a teacher at Jenks specializing in Computer Science. He is also an Assistant Football Coach and an Assistant Track Coach. Before his work in public education, Keith was a software developer for 17 years. Keith writes, “The Glenpool church has truly been a blessing to our entire family!  We are so grateful to be a part of this wonderful congregation!”